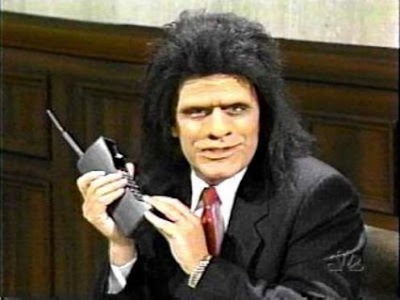 Schumer and his seatmate, Sen. Kirsten Gillibrand (D-N.Y.), were chatting on their phones before takeoff when an announcement indicated that it was time to turn off the phones.

According to the GOP aide, a flight attendant then approached Schumer and told him the entire plane was waiting on him to shut down his phone.

Schumer asked if he could finish his conversation. When the flight attendant said “no,” Schumer ended his call but continued to argue his case.

It was then that he commited his verbal hate crime.

So when does he get hauled before "Hate Crime" Court?

Or is he exempt because he's a leftist? His own people won't prosecute him, right?

It's the double standard in action again. Leftists believe that rules and laws only apply to "other people", not to them, and they believe they're entitled to do whatever they want.

They also believe it's ok for them to utter hateful slurs against members of identifiable groups.

Nothing to see here, folks. It's not a Republican or a Tea Party person, so no biggie.

Posted by Canadian Sentinel at 4:12 PM