Obamacrats Are An Immoral Minority

The Obamacrats are trying to impose their views of what's moral and what's immoral onto Americans.

And, no surprise, their views as to morality are the exact opposite of those of the majority of Americans.

Leave it to the Ultra-Hardcore Left to turn morality upside down in a deceptive ploy to try to silence dissent. Just call the dissenters "immoral". That'll do it.

CNSNews.com asked Mikulski: “Is it morally right to take tax money from pro-life Americans and give it to health insurance plans that cover abortion?”

Mikulski said: “I think it’s morally wrong to vote against health care, because if you really are pro-life--or as Richard Rick Warren says, “whole-life”--then universal access to health care that would guarantee maternity health, sound wonderful deliveries for children, and so on, I think that’s what we want to do. I believe voting for universal access, ending the punitive practices of insurance companies, particularly their discrimination against women, is morally wrong.”

Non-answer. Evasive. Nothing but gobbleddygookspeak. But she's sugarcoating a horrible bill which most Americans find frightening and strenuously oppose. This woman believes it's moral to impose the state's power upon everyone, to oppress people, to take their freedoms away, and to decide who gets to live and who must die. Gotcha. That's what she believes is moral.


Who are these people to think they can impose, without consent, their own morals upon the majority?

They're the Immoral Minority.

As long as they're in power, they're going to unilaterally deem that which is moral and immoral.

They're (the Leftists) the same folks who always said they didn't want anyone imposing their views as to morality/immorality onto them. Now they're doing it!

What do you expect from the Ultra-Hardcore Left?

Oppression & tyranny. Not freedom, nor democracy. Welcome to the Union of Socialist States of Obamerica. 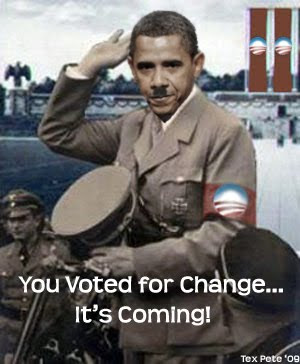 Posted by Canadian Sentinel at 5:19 PM