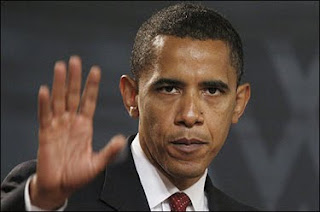 Doesn't surprise me.  I know the guy's agenda, and this example is consistent with it.


At ThreatsWatch.org, Steve Schippert and Clyde Middleton have dug up the bizarre and unsettling issuance of an executive order recently signed by President Barack Obama. Executive Order — Amending Executive Order 12425, signed December 16 and released a day later, grants the International Criminal Police Organization (INTERPOL) rights on American soil that place it beyond the reach of our own law enforcement agencies, such as the Federal Bureau of Investigation (FBI).

Schippert and Middleton note that Obama’s order removes protections placed upon INTERPOL by President Reagan in 1983. Obama’s order gives the group the authority to avoid Freedom of Information Act (FOIA) requests — which means this foreign law enforcement organization can operate free of an important safeguard against governmental abuse. “Property and assets,” including the organization’s records, cannot be searched or seized. Their physical locations and records are now immune from U.S. legal or investigative authorities.


This is consistent with the Hard Left's plan to impose global government.  This is another step towards that aim.  Obama's clearly following orders from The Mystery Men Behind The Curtain.

INTERPOL sounds just as corrput and bizarre as the United Nations, favoring the Axis of Evil over the Free World:


No finer point can be made about the endemic problems of the INTERPOL/ICC than that made by a recent diplomatic incident that erupted in Great Britain, where an Israeli government official had to cancel travel plans to England because of an arrest warrant issued by an English judge — because of Iranian charges of Israeli war crimes in Gaza. The brief but intense conflict was one Iran helped instigate, as the Persians supplied the terrorists in Gaza with the rockets they used against Israeli civilians, triggering an inevitable Israeli response.


A weapon to be used against the very US Forces forced by Obama to go to war in his name:


If President Obama and his radical allies in the Democratic leadership have their way, American soldiers could presumably be brought up on charges as war criminals by enemy nations and marked for arrest and deportation by an international police force on American soil. They would face charges in a foreign land without the constitutional protections they fought and bled to protect. The White House seems to be on the bewildering path of giving al-Qaeda terrorists who murder innocent women and children more legal protection than the very soldiers that risk their lives trying to bring terrorists to justice. The asinine court-martial charges being brought against three Navy SEALs based upon the word of a terrorist they captured suddenly make a sickening kind of sense.


A weapon to be used against domestic political opponents:


It also stands to reason that Obama’s seeming willingness to put American soldiers’ lives in the hands of a corrupt international community could also be brought to bear against his political enemies. Foreign investigators of dubious intent, and our own left-wing extremists, have long branded officials of the previous administration “war criminals” for actions they’d taken in the war on terror. It is entirely conceivable — perhaps even likely — that these same organizations and enemy governments that went after 25 Israeli government officials through INTERPOL and the ICC would quickly move to indict a wish list of current and former U.S. government officials for alleged “war crimes.” Former President George W. Bush and Vice President Dick Cheney would obviously be at the top of such a list of politically motivated suspects, but such a list could just as easily include General David Petraeus, Defense Secretary Robert Gates, congressmen, and senators.


It's like the KKK again.  Except I doubt it'll involve lynching Republican opponents this time,  because the Democratic Party, which is responsible for the KKK and everything it did, has become more sophisitcated and nuanced in its evil, criminal ways.

Only fools who hate America will trust Barack Hussein Obama.  He's a puppet of shady characters who hate and wish to destroy America, submitting her to the supremacy of the Axis of Evil via their control of international institutions such as the UN, the ICC and INTERPOL.

Thinking people don't need the Big Old Media to raise the alarm for them.

The submission of America to the World, including to the Axis of Evil.

Obama must be impeached as soon as possible.  He's a criminal, a traitor, practicing the highest form of treason in the White House.

And it's not even clear whether he meets the Constitution's Eligibility Requirements for being President, because he won't prove it to us... and we're not supposed to talk about that.

Americans are supposed to sit down, shut up and brainlessly submit to whatever Obama imposes, and whatever the rest of the world imposes, given freedom to so so by Obama... and this includes even America's mortal enemies.

Is this what Americans want?

I seriously doubt it.

This is why this Administration's days are severely numbered.

I want to see Barack Hussein Obama impeached and tried for treason!

Evil is as evil does.  And what do you expect of a puppet of an admitted-and-unrepentant Nazi collaborator?

Failure to defeat evil is, after all, the most expensive thing of all.  Nothing can hold a candle, in terms of expense, to allowing Evil to prevail.

Just imagine what the world would be like today if the Nazis were allowed to take over the world unopposed.  Ditto the Imperialist Japanese.  And apply that, going forward from today.