“Emmanuelle Latraverse (a Radio-Canada television journalist) asked Michael Ignatieff why he wants to be Prime Minister. An easy question for a man who wants the job so badly he tried to force an election in the middle of a recession – someone who returned from Harvard just so he could become Prime Minister.”


The PMO internal e-mail says that Mr. Ignatieff couldn’t give a straight answer and that he stumbled and rambled.

“He talked about everything and anything, except why he wants to become PM.”

“This latest episode demonstrates what we have said all along: Michael Ignatieff is not in it for Canadians. He is in it for himself.”

Too bad, Iggy People.  But that's the inconvenient truth about Michael Ignatieff.  He's your guy.  Deal with it, chumps!

It's irrelevant that Iggy managed to provide an "eloquent" answer in a year-end interview with the CTV.  After all, these interviews are planned and rehearsed.  So Iggy can recall whatever his crackerjack make-stuff-up-for-Iggy "communicators" told him to say in response to the planned question, but if he can't think of an answer all by himself when prompted impromptu... well, he looks like an Obama caught in the stage lights without a teleprompter!

Poor Iggy's gotten himself caught with his pants down... and look, he's got black socks on! 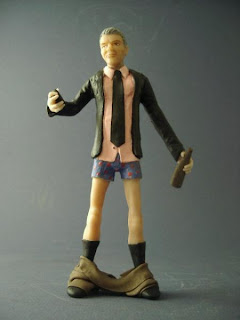 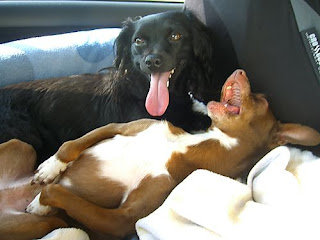 Posted by Canadian Sentinel at 7:01 AM