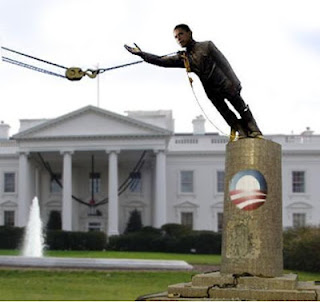 He tells the truth, the whole truth and nothing but the truth.

The true-believing Obammunists will be in denial, but eventually it'll sink in for them that their fuehrer is done like din-dins... 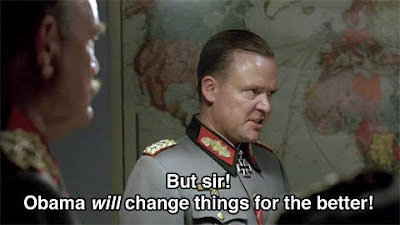 Posted by Canadian Sentinel at 3:51 AM No comments:

One can’t help but wonder: If a small group of Muslims gathered in the U.S. somewhere with a few signs depicting Koranic verses, and a mass crowd of Christians or Jews began to assault them, verbally and physically, threatening violence and mayhem, would police tell the Muslims to leave, instead of acting against the perpetrators? And would the media be completely quiet about it? Would Muslim groups be silent about it after?

What if Al Sharpton and Jesse Jackson gathered in a civil rights rally and they were surrounded and stoned by a mob of KKK supporters? Would the police show up and reprimand Sharpton and Jackson and instruct them to leave, all the while leaving the racist perpetrators untouched? And if this happened, would our media be completely silent about it? Would Anderson Cooper be completely silent every evening on CNN as he is at the moment about the stoning of the Christians in Dearborn?


Video... watch it all and be shocked at the surreality of it all...

And realize that Christians are in danger now in Obama's America. 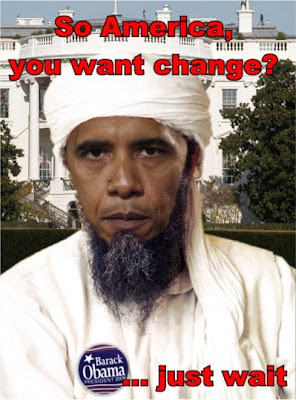 Posted by Canadian Sentinel at 5:56 PM No comments:

“This is an extraordinary admission,” Monckton said. “What they should have done, therefore, is to say that we don’t need Agenda 21, but of course they do need it … because their real ambition has nothing whatever to do with the environment.”


Hmm.  Ok, what is their real ambition, then? 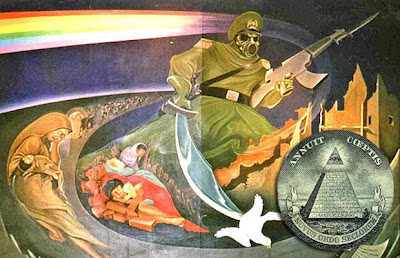 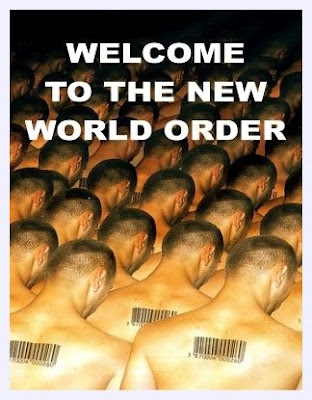 “These people said among themselves – they didn’t realize we were listening – that they’re encouraging each other no longer to use the word ‘environment,’ no longer to talk about ‘climate change,’ because, they said to each other, ‘We know now that the people are not buying this message anymore. We’ll have to think of something else.’”


Hmm.  Ok, what will they think of next, as an excuse for deceptively sneaking in and imposing their real, hidden agenda?

Monckton told Liberty News Network that he first learned of a Marxist agenda behind environmentalism – using a “green” scare to create an international, socialist, ruling body to force capitalist nations into compliance – when he befriended Eric Ellington, one of the founders of Greenpeace.


It's about international socialist fascism.  Not the "environment".

What bogus excuse do you think they'll replace the bogus environmental excuse with?
Posted by Canadian Sentinel at 6:46 AM 1 comment:

EU boss lashes out at Stephen Harper and other leaders: Don’t tell us how to run our economy | News | National Post

EU boss lashes out at Stephen Harper and other leaders: Don’t tell us how to run our economy | News | National Post

Those EU sonsabitches lecture US all the damn time, demanding our money to pay their debts! Telling us not to hunt certain animals, not to extract our own resources our way, not to do this, not to do that... WTF?

Who the fellatin' heck do the EU boobs think they are?

And... BIG MISTAKE, giving shit to Stephen Harper. He may be mild-mannered and all that, BUT if you f... with him, he'll go right to strategizing how to make you pay a price for your personal offences to him and your offences to Canada. He did it to the Liberals, NDP, separatists, to the Obama-Democrat reich, to all kinds of assholes worldwide and domestically.

Don't ask for too many more favors, unless you're one of the nations/leaders who is honorable and truly friendly and fair to us and our Prime Minister!

WE SAVED THEIR ASSES FROM THE NAZIS! THIS IS THE THANKS THEY GIVE US FOR BEING ALIVE AND NOT HAVING TO ALL SPEAK GERMAN (OR RUSSIAN)?
Posted by Canadian Sentinel at 12:53 PM 2 comments: