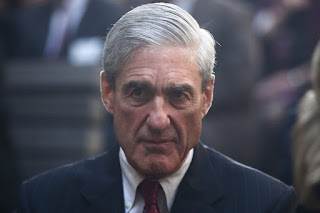 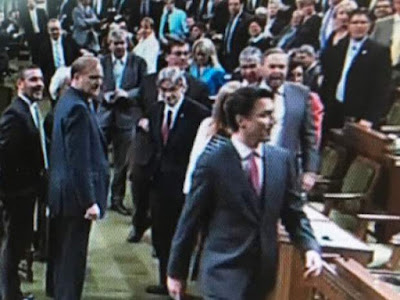 MPs angry following Trudeau's VIOLENT outburst in Parliament,
in which he freaked out due to not getting what he wanted when
he wanted it, and ran up to some MPs, grabbed and yanked one by
the arm and elbowed another in the boob.  Left wing and media arm
forgave him instantly.  Wow.  Insane.

To put it simply, Justin Trudeau is a monster in charge of the levers of power in Canada.

Never has Canada been in such horrible shape... and danger.

Economically, Trudeau 2.0 has been devastating, very much like his father was.  And none of it is unforced error.  After all, what does one expect of a communist dictator wannabe?

On the national security front, Justin Trudeau terminated Canada's war on the ISIS savage beastly war criminals, thus giving them breathing space... for a while, at least, until America under Donald Trump ordered the US military to hunt and destroy those barbarians (Justin Trudeau doesn't believe it's barbaric to chop peoples' heads off).

Then Trudeau threw open the borders to fake "Syrian" refugees (note the "fake").  Most of whom have been men of combat age, with very few women and children.  And most have been Muslims, which is weird, as ISIS really targets NON-Muslims and leaves Muslims alone.

Then, Trudeau invited the illegal aliens in via our southern border, ordering police and border guards to be their bellboys and such, and allowing all illegal aliens to just stay and get free stuff, paid for by Canadian citizens who work for a living and pay a LOT of tax.

It gets worse.  Unfortunately.  And we're likely stuck with this little potato until 2019. 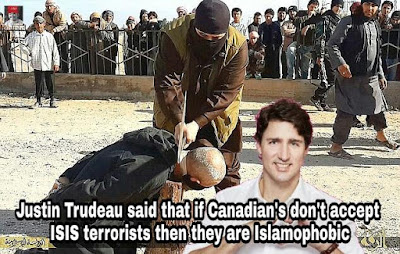 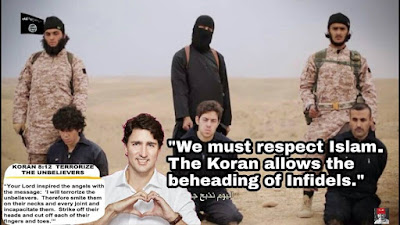 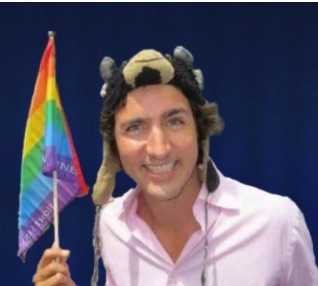 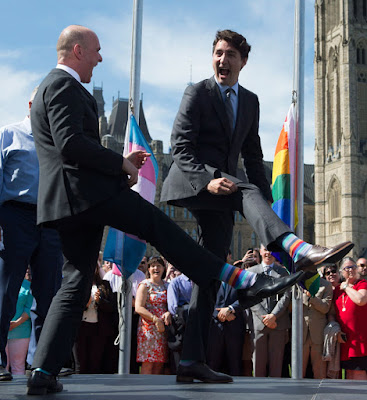 Posted by Canadian Sentinel at 6:10 PM No comments: