Barack Obama is a Fabian socialist. I should know; I was raised by one. My Grandfather worked as a union machinist for Ingersoll Rand during the day. In the evenings he tended bar and read books. After his funeral, I went back home and started working my way through his library, starting with T.W. Arnold’s The Folklore of Capitalism. This was my introduction to the Fabian socialists.

Fabians believed in gradual nationalization of the economy through manipulation of the democratic process. Breaking away from the violent revolutionary socialists of their day, they thought that the only real way to effect “fundamental change” and “social justice” was through a mass movement of the working classes presided over by intellectual and cultural elites. Before TV it was stage plays, written by George Bernard Shaw and thousands of inferior “realist” playwrights dedicated to social change. John Cusack’s character in Woody Allen’s “Bullets Over Broadway” captures the movement rather well.

Arnold taught me to question everyone–my president, my priest and my parents. Well, almost everyone. I wasn’t supposed to question the Fabian intellectuals themselves. That’s the Fabian MO, relentless cultural and journalistic attacks on everything that is, and then a hard pitch for the hope of what might be.

He’s telling the truth when he says that he doesn’t agree with Bill Ayers’ violent bombing tactics, but it’s a tactical disagreement. Why use dynamite when mass media and community organizing work so much better? Who needs Molotov when you’ve got Saul Alinski? 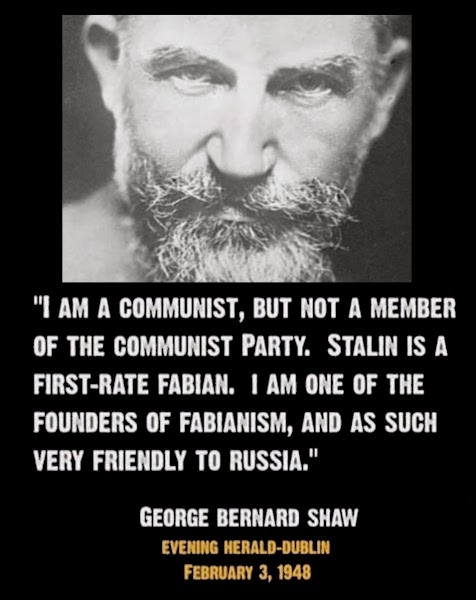 
Obama the wolf in sheep’s clothing on Fabian Window Coat of Arms!

As Canada Free Press columnist William Kevin Stoos wrote here yesterday.  “The Fabian Window is a beautiful, if sinister, thing.  Although it currently hangs in London, it should be hanging in the White House, for the message in the window is an eerie reflection of what is happening in the United States before our very eyes.  Built to commemorate the founding of the Fabian Socialist Society, the Fabian Window contains images that are clear, unapologetic and, as a friend of mine once said..brazen.  It is one thing, as Lenin said, to howl like wolves in order to live among wolves; however it is quite another to advertise the fact that you are a wolf in sheep’s clothing.  Yet, the socialists who constructed the window had no qualms about advertising the fact that they had a hidden (or not so hidden) agenda when it comes to reshaping the world.”

The wolf at the door is not a Made in America problem.  It is a made in the Free World problem.

The Fabian Society casts all doubt aside about what Obama really is: He’s the quintessential Socialist wolf in sheep’s clothing being used to shape a new world.


Not only Obama, but also Justin Trudeau (just like his father Pierre Trudeau).  Obviously.
Posted by Canadian Sentinel at 6:04 PM 24 comments: 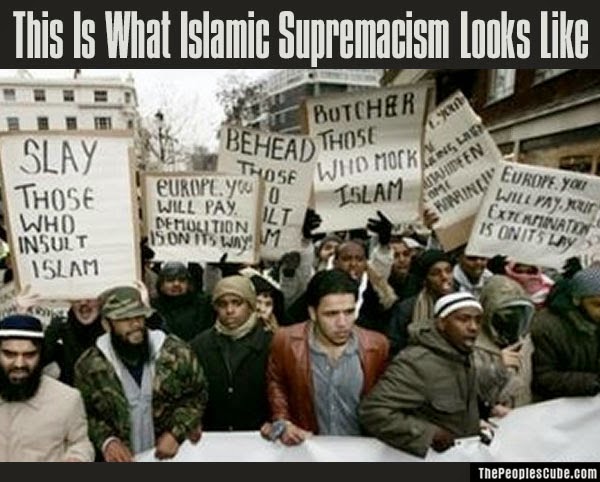 According to the 'The Sunday Times', the schools were the focus of the Trojan Horse scandal, which saw efforts by hardline Islamists to take control of state schools.

The NCTL is reportedly examining 30 cases with an expectation that many more will follow, as many as 100.

Allegations under investigation include claims that an al-Qaeda style video was copied at Park View Academy, one of the schools involved in the Trojan Horse affair, and that teachers punished children by making them kneel on tiles.

More than 50 staff members in schools across Birmingham also allegedly exchanged messages in a WhatsApp group which included homophobic remarks, offensive comments about British soldiers, claims that the murder of soldier Lee Rigby in Woolwich, southeast London, was a hoax, and discussion of segregating boys and girls.


Wow... can't have any kind of scumbags as teachers.  No way.  Especially supremacists who believe in mass murder of people who are different.  This left-wing bullshit cannot be tolerated.
Posted by Canadian Sentinel at 6:14 PM 1 comment: 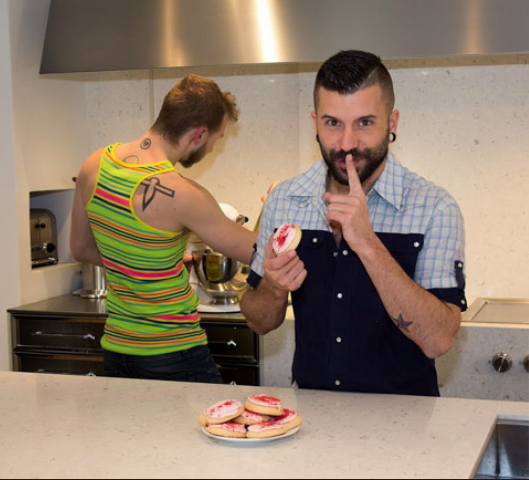 Shoe's on the other foot, and a bakers' dozen of homosexual bakers demonstrates its hypocrisy towards a Christian who demanded cakes from them that would've violated THEIR beliefs and rights.

But will the Leftist State Apparatus force the homosexual flour sifters to either do what violates their creed, or else be forced out of business... just like the gays keep on doing to Christian bakers, demanding wedding cakes from them, but never, ever from bakers of any other faith?


No one targeted pro-gay bakeries, but gay activists target Christian bakeries. “Support Gay Marriage” is one Christian bakery was sued for refusing to put that slogan on a cake for an event to support the gay agenda. Yet Christian bakeries that refuse to make pro-homosexual marriage cakes are getting sued left, right, and center.  They get fined, they get death threats, and they lose their businesses. This experiment proves beyond doubt that the gay agenda is not just about their freedom to practice a sexual orientation, but the suppression of free speech.

To make our case we provided 3 video clips, the third one is a video showing homosexual activists in Ireland used the state to force a Christian bakery to make a cake with the slogan “Support Gay Marriage” for a pro-gay marriage event, but he refused which added a tremendous loss to his business. Several Christian bakeries were sued in the United States with several who lost their businesses and we said enough is enough.

So Shoebat.com decided to call some 13 prominent pro-gay bakers in a row. Each one denied us the right to have “Gay Marriage Is Wrong” on a cake and even used deviant insults and obscenities against us. One baker even said all sorts of profanities against Christians and ended the conversation by saying that she will make me a cookie with a large phallus on it.


Aren't you tired of smug liberal brainwashees smugly telling you that "gays and lesbians" are the nicest people on earth with impeccable character content who wouldn't discriminate against a fly?  Me too.  Many, many, many of them are simply intolerant, bigoted hypocrites.

Interesting how the gay militant activists from the Hard Left Wing of society only target Christian bakers for this harassment and abuse, but never any other bakers of other-than-Christian faith.  It's as if Christians are the exclusive targets of the GLBT revolutionaries and the Hard Left.  In fact, j'accuse the GLBTs and the Left Wing of doing precisely that!

Turnabout is fair play.  Exposing hypocritical, hateful bigots, no matter how exalted by political correctness they may be, is fun and just!
Posted by Canadian Sentinel at 6:32 PM 1 comment:

The police made a mistake, it seems.  Let's hope it was honest confusion on their part and nothing sinister, nothing motivated by Christianophobic prejudice.

Last year, Rev. David Lynn was charged with "busking" at Toronto's Yonge & Dundas Square while he was preaching.

The good news is, these charges have just been dropped. Lynn and his lawyer talk about their efforts to help restore Rev. Lynn's religious rights.

Posted by Canadian Sentinel at 2:50 PM No comments: