And many more things... proven by reality, recently.
Posted by Canadian Sentinel at 12:06 PM 1 comment: 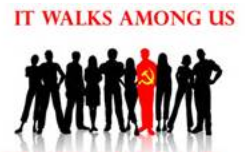