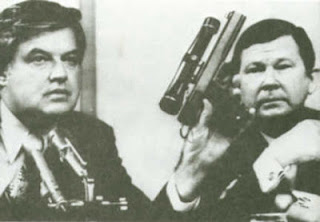 Above:  CIA testifies about its "heart attack gun", which induces fatal cardiac arrest in assassination victims and is undetectable except for the pinpoint mark where the dissolvable dart enters skin

Medical examiners in Los Angeles are investigating the possible poisoning death of one of their own officials who may have worked on the case of Andrew Breitbart, the conservative firebrand who died March 1, the same day Sheriff Joe Arpaio announced probable cause for forgery in President Obama’s birth certificate.

Michael Cormier, a respected forensic technician for the Los Angeles County Coroner died under suspicious circumstances at his North Hollywood home April 20, the same day Breitbart’s cause of death was finally made public.

Just like Breitbart died unexpectedly on the street the same day Sheriff Joe Arpaio held a news conference to announce the results of the investigation into whether Obama is eligible under the Constitution to be President or not (and the Sheriff indicated PROBABLE CAUSE for further investigation/charges).

The "coincidences" are too close, too similar, too suspicious and mysterious... to be dismissed.  Sherlock Holmes and Columbo wouldn't pass on this case! 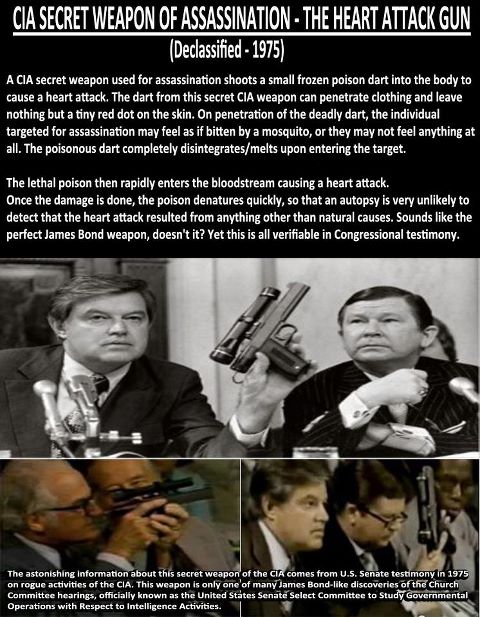 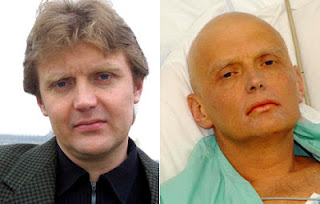 Is the same kind of thing now going on in America under Obama/Democrat regime? 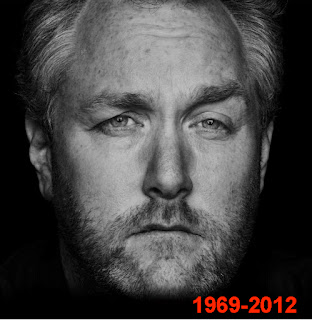 Ironic... the gay propaganda guy who came up with the infamous, discriminatorily-gay-only, so-called "anti-bullying" campaign propaganda... is himself a big bully!

See him demonstrate his hypocrisy here....
Posted by Canadian Sentinel at 8:10 AM No comments:

Obama stupidly repealed the law that required people in the military to keep their "sexuality" to themselves, and not reveal it.

Apparently that law was, to an extent at least, preventing homosexual rape, as now, after its repeal, we see that homosexuals attacking men sexually is skyrocketing in the military.

It's time to re-institute the ban on homosexuality in the military.

It's time for something called "sexuality control", because unrestricted "sexuality" is obviously emboldening sexual criminals.  It's like, if we lifted the ban on pedophilia, there'd be lots more child abuse, no doubt.  So lifting the ban on homosexuality in the military is already leading to an increase in homosexual rapes.

Among the details in the reports: While, since 2006, 5 percent of the violent sexual assaults have been against men, recent reports now put that figure at 12 to 14 percent.

“numbers have gone way up.”

(...) military’s efforts to deal with the complications of women in the ranks, which have been around for years, as well as the new issues of open homosexuality, are failing.

“What they need to do is get rid of gender-integrated basic training,” she said. “That conclusions was drawn that it did [increase] and still is increasing disciplinary issues.”


“If you don’t learn the basics of discipline [in basic training], it won’t happen later,”


Dammit... it's the MILITARY.  Don't "progressives" understand that?  Don't they understand that you don't mess with that?  When it's a matter of life and death, of winning wars, of protecting the country from attack, political correctness and "progressiveness" have no business at all.

Why is Obama Attacking the Traditional Family?

He suffered and was messed up by one of those elective, "progressive"-style families that eschewed the values that work.

Barack grew up in a very dysfunctional family, that he really has no concept of what a true traditional family is nor how important it is to preserve.  Furthermore, since he had a significant amount of Islamic and Marxist teaching, he also has little understanding of the biblical family and how important the family is to God and our relationship with Him.

So, all of America is suffering the destruction of our most fundamental family structure and values because one boy never experienced what we are losing.

Posted by Canadian Sentinel at 4:36 AM No comments:

Obamanation of Desolation: Stay off the Sand!

Some more of that "Hope & Change" stuff Obama promised.

Ok to kill babies.  Ok to wear a burka.  Ok to perform bizarre sex acts with whomever.  Free condoms for everyone.  Ok to occupy stuff and poop on streets.

That's correct, peasant!  No dissenting speech, no "hate" speech, no Tea Parties, and no going to the beach to have fun anymore! 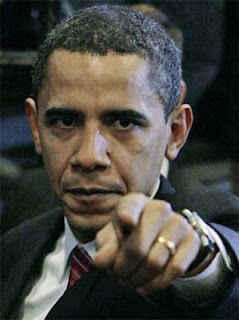 If you're tired of living and having fun and want to be told what you can't do rather than enjoying your freedoms as an American, then vote for that man in the picture, pointing at you with a scary look on his face.  He'll happily take your rights away.

We were brainwashed into believing that "gay" necessarily means kind and gentle.

Ergo, it must be a great shock and surprise whenever we hear news such as THIS.

Perhaps the "mainstream" media will take a breather from demonizing all white people (OK, George Zimmerman is NOT "white" any more than Obama is "white", but the media nevertheless, for propaganda purposes, wants us to THINK he is) as murderous racists and do some reporting on murderous gay Satanist escorts...
Posted by Canadian Sentinel at 6:23 AM 1 comment: 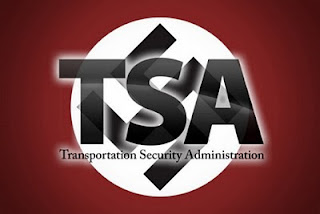 A judge essentially declares that blue-gloved airport fascists, those TSAers infamous for ogling people on naked-scan machines and for touching their private parts "for security purposes"... such blue-glovers have a "right to privacy", whereas airline passengers have none. 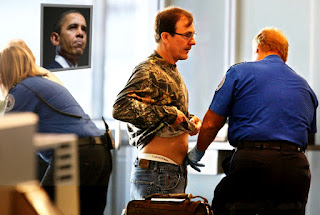 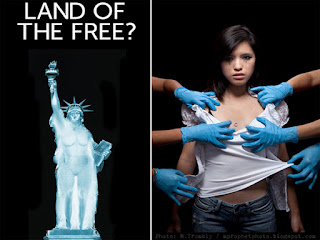 The judge's reason for the ruling?  Sorry, we're forbidden to know.  He cites a "secret order" from the TSA.

The government, insisting that the “secret” order contains “sensitive security information,” has refused to make public the document outlining the procedures, according to John Whitehead of the Rutherford Institute.

Institute attorneys had argued that since the TSA “order” has remained “secret,” there has been no opportunity for the public to comment on it, and “passengers and pilots are not only being deprived of their Fourth Amendment rights, but also their due process right to a fair hearing on their challenge to the secret TSA policy.”

“This ruling does not bode well for attempts to ensure transparency in government or efforts to safeguard Americans against virtual strip searches and other excessive groping of our bodies by government agents, especially when there’s no suspicion of wrongdoing,” he said.

“When civil liberties are tossed out the window – by government agents or by the courts – we all lose. No American should be forced to undergo a virtual strip search or be subjected to such excessive groping of the body as a matter of course in reporting to work or boarding an airplane when there is no suspicion of wrongdoing,” 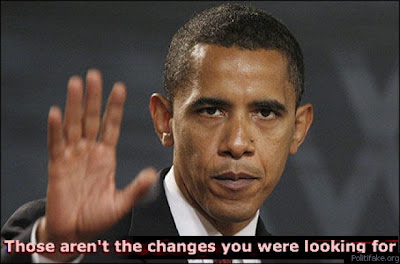 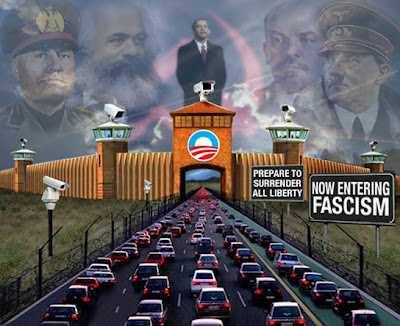 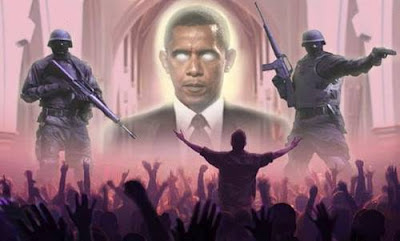 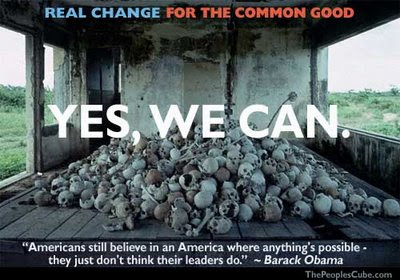 Now obey.  Do as you're told.  Or else.  Shut up and submit.  You have no choice.  You have no rights.  Discussion is irrelevant.  You will be violated where you stand.

Surrender or be destroyed. 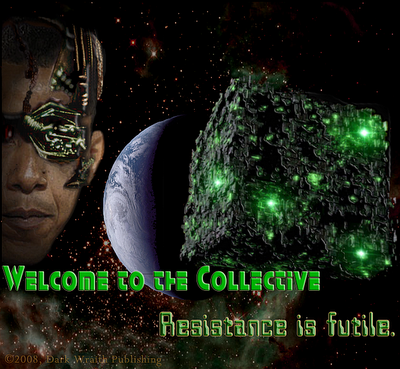 Obama loyalists can dis me on their own blogs.  I'm sorry, but due to secrecy and sensitive security reasons, Obama loyalists aren't permitted to dis me herein.  They have no rights because, according to the Secret Order, this is necessary for "security".  They're forbidden also by said Secret Order to even know what said Secret Order says.  They will still, however, be forced to submit to emotional humiliation and psychological violation via my posts blasting their supreme overlord, Herr Comrade Baraka Hussein Barry Soetoro Obama II and his totalitarianism.
Posted by Canadian Sentinel at 5:15 AM 6 comments:

Crusade Against The Evil One 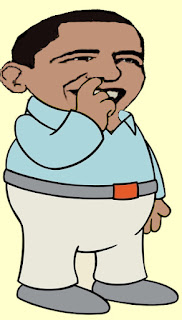 Obama declared war on Catholics. He's trying to take their rights away.

Big mistake. Potentially (and we pray it is) a politically fatal error.

For attacking ANY Christians is in effect an attack on God Himself. Only fools dare do that.

Now Catholics, as well as many others, are rising up and pushing back hard.

Posted by Canadian Sentinel at 7:00 PM No comments: 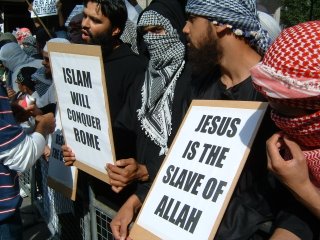 Above:  Some hateful Islamic Supremacists.
Nice folks, ain't they?

A city described as a “serial violator” of religious rights that has been ordered to pay tens of thousands of dollars in attorneys’ fees in cases prompted by its actions against Christians has come up with a solution – demanding that people waive all their rights.

Here's some more hateful Islamic Supremacists, doing the Nazi salute...  I expose them because they must be exposed: 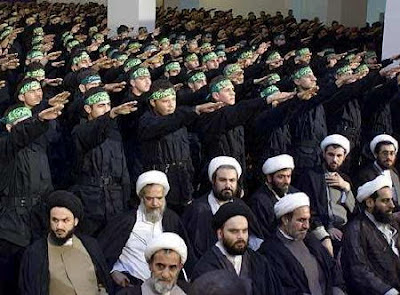 Oh, and by the way, did y'all hear that Obama, Al Sharpton, Jesse Jackson, the Black Panthers et al. are inciting racial hatred and violence as we speak?  So worry about them, not about me, for I just report the facts, is all!
Posted by Canadian Sentinel at 5:25 AM No comments:

“PFOX is calling on students to distribute flyers promoting acceptance of ex-gays. Former homosexuals and their supporters are ridiculed and forced to live in silence. Our nation’s schools deny students with unwanted same-sex attractions any support or fact-based information that feelings can and do change,” said Quinlan.

The flyer, which can be downloaded from the organization’s site, explains that ex-”gays” can seek information on overcoming their feelings.

“Individuals deserve the right to self-determination and happiness based on their own needs, and not the demands of others. PFOX supports tolerance for all.”

Gays who hate ex-gays are just afraid of the inconvenient truth:  That they CAN be straight if they want.

If gays are allowed to go around spewing their promotional propaganda, including in the schools, then they must allow ex-gays to do the same as well.  If they don't, then they're intolerant, hypocritical bigots.
Posted by Canadian Sentinel at 3:23 AM 10 comments: 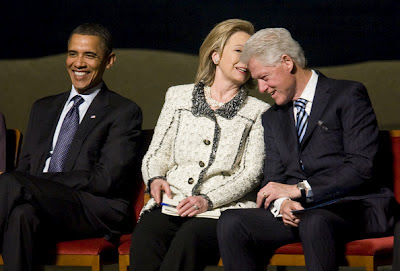 Obama and the Clintons, smiling at a funeral.
Too bad it wasn't the funeral of Obama's political career.

Viviano said that she was on a conference phone call during the primary season in the spring of 2008 in which she heard Bill Clinton refer to Obama as ineligible for the presidency.

In the course of the phone conversation with Hillary delegates, she recalled, Bill Clinton spoke of Obama as “the non-citizen.”

“In the world we were in, with [Hillary's] super-delegates and delegates, it just was, ‘He’s not legit – that’s the end of it, period, end of story.’ It wasn’t up for discussion,” Viviano said.

Michele Thomas, a Hillary campaigner from Los Angeles, confirmed to WND that she learned from “many people who were close to Hillary” that Obama “was not eligible to be president.”