Shocking.  The "gays" preach "tolerance" but prove they don't believe in it after all.

Hateful.  Violent.  Spraying Christians with pesticides (chemical warfare?!  Who are they, Al Qaeda?).

Tearing pages from Bibles and throwing them at Christians.

The "gays" are just cowards because they'll only do such things to Christians, who are non-violent, peaceful people.  The "gays" never dare do this to Muslims, because they're cowards and fear the Muslims, who would often actually kill them for such disrespect, if not for their simply being "gay".

See it all for yourselves... The Gay Nazis!

Posted by Canadian Sentinel at 4:53 PM No comments: 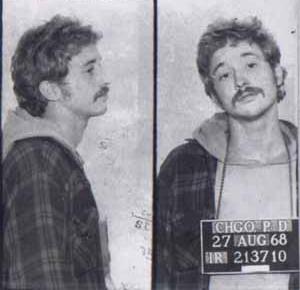 Also, Ayers confirmed that he's the one who wrote Obama's so-called "autobiography", "Dreams From My Father", not Obama, as we were told and as Obama claimed:

I've seen secretly-filmed footage of one such camp.


Here's a photo of a facility in Tennessee, showing unusual, advanced barbed wire fencing apparently designed to keep people IN.

Remember, the government isn't going to talk about them, nor about what they plan to do with them.  But they're apparently there.

And combine all of that with the fact that the Obama administration has ordered two billion rounds of ammunition, including the banned-under-Geneva-Convention hollow-tipped variety, designed to kill, not stop.  Plus thousands of fully automatic weapons, thousands of tanks and armored vehicles, thousands of planned drones...  ALL FOR DOMESTIC USE...  BUT WHY?  THERE'S ALREADY POLICE AND THE NATIONAL GUARD.  WHY THE CIVILIAN MILITARY FORCE LOYAL TO OBAMA, NOT TO THE CONSTITUTION?

Not to mention many draconian executive orders signed by Obama that would effectively enable him to play Hitler/Stalin/Mao/Pol Pot if he so chooses.  Do we trust this notorious liar?

Posted by Canadian Sentinel at 5:27 AM 3 comments: