AZ State Official: Prove Obama Eligibility or Forget About Him on AZ Ballot 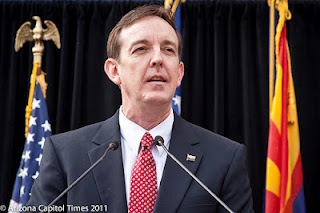 “Because of the importance and profile of the president’s case, and at the request of many constituents, I have gone the extra step of asking the state of Hawaii to verify the facts contained in his birth certificate,” Bennett wrote in response to concerns last month. “Hawaii is bound by their own statutes to provide such verifications to other state officials in their official duties.

“With all due respect, the [Arpaio] investigation has not proven anything other than raised probable cause that the birth certificate posted on the White House website ‘may be’ a forgery. The next lawful step would be for the sheriff’s office to turn their findings over to the county attorney for prosecution,” he continued. “Evidence would be brought on both sides and a judge should issue a decision.

“Whether or not that happens, if Hawaii can’t or won’t provide verification of the president’s birth certificate, I will not put his name on the ballot,” 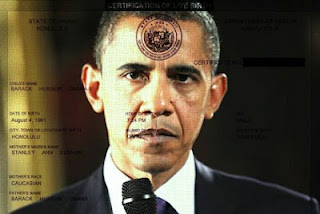 Is Communism and totalitarianism now going to end in China?

A very reliable source has just given me the following:

According to a high-level source in Beijing, key leaders in the Chinese Communist Party’s (CCP) Politburo have reached four points of consensus that will be announced on or around the 18th Party Congress. The tenor of the decision is that China will take the path of democracy. The news has been circulated hurriedly in Beijing.

According to the source, the four points of consensus are:

2. It will be announced that the Chinese Communist Party has finished its historical mission as the ruling party. Party membership will need to be re-registered, with the free choice to re-enter the Party or leave it.

3. “June 4,” Falun Gong, and all groups who have been wrongly persecuted in the process of devoting themselves to China’s realization of democracy will be redressed and receive compensation.

4. The military will be nationalized.


As of this moment, the report hasn't yet been fully verified, but I will be monitoring...
Posted by Canadian Sentinel at 8:27 PM 2 comments: