At Copenhagen, Obama bent over and dropped trou for Chinese Communist Party minions.

As the New York Times reported Sunday in a riveting piece from the back corridor of the conference: "Twice during the day, Mr. Wen sent an underling to represent him at the meetings with Mr. Obama. To make things worse, each time it was a lower level official."

There's more. The White House set up an evening meeting with the presidents of South Africa and Brazil, as well as the Indian prime minister and the Chinese premier, and when senior staff arrived, as the Times recounted it, they "were startled to find the Chinese premier already meeting with the leaders of the other three countries" - without the president of the United States, the guy who called the meeting in the first place. According to the Times, Obama rushed to the meeting and called out from the doorway: "Mr. Premier are you ready to see me? Are you ready?"

Also, got any cheese? 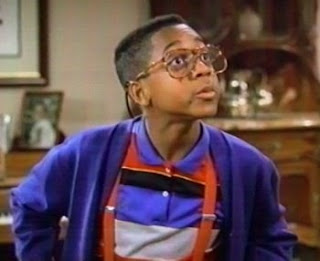 Obama's got NO DIGNITY.

The Leaders of the World don't respect him.  Wonder why?

As for Canada's position, so closely aligned with the U.S., it is hard to know where we go from here. There is no doubt about the need for a level playing field in our integrated North American economy. Perhaps, Stephen Harper and Obama can negotiate a North America accord that can serve as a model, much as the Canada-U.S. Free Trade Agreement served as a model for the World Trade Organization.

That will take leadership, on both sides of the border. As for the chaotic conclusion of Copenhagen, Harper's role there, and Canada's, were modest to say the least. Given the outcome, it might not be a bad thing to have Canada going along with the Open Bar Accord without having our fingerprints on it. At least Harper kept his powder dry.

Because Harper, a conservative, is smart, whereas Obama, a liberal, isn't.

Harper knows what's going on in the world.  Obama's dreaming in Technicolor and couldn't be any more clueless and hapless.

The sooner Obama's removed from the White House, the better off America will be.

And since hardly anyone's supposed to care that Obama doesn't meet the Constitution's Eligibility Requirements for being President, well, should they then also not care that Bush isn't allowed under the Constitution to serve more than two terms?

Who else'd like to see Bush come back and show Barry how it's done?

Just wondering out loud, hypothetically.  It's not that preposterous, once one thinks about it and looks at the facts surrounding how Obama got to be President, regardless of the Constitutional requirements for being eligible for that office.

Oh, and I couldn't help myself.  Here's Barry-O getting pwned again.  Talk about priceless... 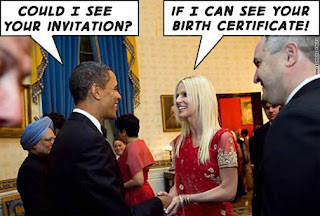 And it's amazing that Canadians haven't yet come to realize that Obama makes Stockwell Day, circa 2001, look like a great leader, by comparison.