The Obamacrats' vaunted and unwanted "healthcare reform" bill was written by a convicted fraudster while he served time in prison for his crimes.

Sheesh. Nothing but crooks, cranks, commies and crazies in the Obamacrat Reich.

Of course, he was at the White House State Dinner. You know, the shindig with the gatecrashers and stuff.

I understand that, like Obama, he's also a Saul Alinsky follower. You know, Alinsky, the guy who wrote "Rules for Radicals" which has proven to be the Koran of the Hard Left and which has contributed over the decades to America's decline.

His frauds remind me of the Canadian Liberals' ADSCAM derrings-do as well as ACORN's frauds, both of which laundered money for the benefit of hard-leftwing political campaigns.

Creamer left his position as head of the ACORN-affiliated Citizen Action/Illinois in 1997 after financial irregularities at the activist organization garnered the attention of federal investigators. Despite the ongoing federal investigation, Creamer turned to political consulting, bringing his bare-knuckle ACORN tactics to bear on behalf of numerous Democratic candidates like indicted former Governor Rod Blagojevich. In the 2002 election cycle, Creamer’s Strategic Consulting Group was paid over half a million dollars by the Blagojevich campaign. Strategic Consulting also did campaign work for Chicago Mayor Richard Daley and others, all while the feds pursued their criminal investigation.

During the period when Creamer was running Strategic Consulting Group the firm served as the primary vendor for several identically-structured campaign committees formed for the express purpose of supporting Democrat candidacies in circumvention of federal campaign laws.

Those Obamacrats certainly don't pale beside the Librano$ of Canada when it comes to crime, corruption and unmitigated greed, do they?

Liberals. Whatever they call themselves, wherever they lurk, they're all the same! 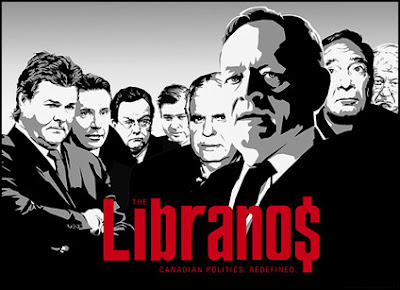 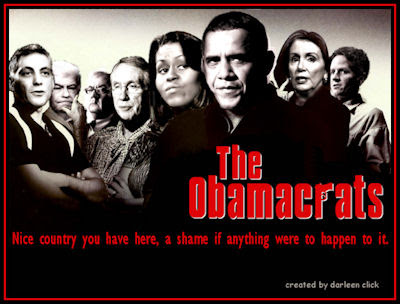 Would you trust these people to run your healthcare system?

Now I wonder who wrote the IPCC declaration on global warming/climate change...
Posted by Canadian Sentinel at 5:38 AM