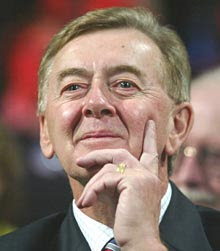 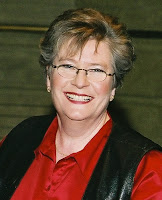 Co-founders (along with current Conservative Prime Minister Stephen Harper) of the Reform Party of Canada, as well as the Canadian Alliance, Preston Manning and Deborah Grey (the first Reform Member of Parliament), have been made Companion and Officer, respectively,of the Order of Canada.

Preston Manning has devoted his life to public service. Rising to prominence as founder of the Reform Party and leader of the Official Opposition, he steadfastly worked to give voice to the concerns of many Canadians and has tirelessly championed the cause of democratic and political reform. Since his retirement from politics, he has continued his contribution to public policy dialogue through his involvement with numerous research and consulting organizations, including the Fraser Institute, the Canada West Foundation, and the Manning Centre for Building Democracy, which he founded in 2005.

Known for being a dedicated parliamentarian and an outspoken advocate for youth, education and democratic reform, Deborah Grey is a role model for women in politics. She sat as the sole member of Parliament for the former Reform Party of Canada for several years and was instrumental in building the party to its pinnacle of 52 seats. She has also been influential in the formation and success of the new Conservative Party of Canada. Beyond the sphere of politics, she has demonstrated her commitment to youth and education as a foster parent, teacher and public speaker.