Hey, Al Qaeda! The Commandos Are Coming To Get You! 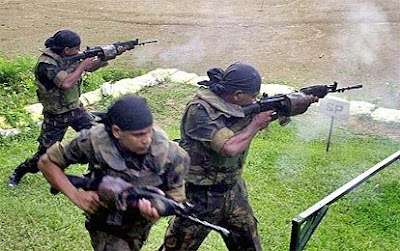 Finally, someone with balls.

Our good Free World friend India will now be doing what the rest of the Free World hasn't had the political balls to do.

I doubt they'll care about political correctness, about what the mainstream media may say, about what Leftist lunatics in the streets scream... about how they're going to deal with Islamic terrorists. (And that's the way it's supposed to be. Get the job done, notwithstanding what the Nancy Pelosis, Michael Moores and Janeane Garofalos of the world say in the hey-let's-just-for-fun-let-'em-come-and-kill-us-all New Yuck Times (NYT) and on the Communist Nonsense Network (CNN)).

And they're going to have the help of the world's foremost experts on counterterror operations, our good Free World friend Israel. 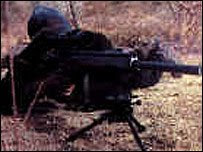 DEBKAfile adds: Israel is willing to help the Indians carry out punitive forays into Pakistan because it has its own scores to settle for the brutal murder of six Israelis in Mumbai's Chabad Center by the Islamist terrorists and for the Pakistani Inter-Services Intelligence (ISI) agency's hand in the atrocity.

Security sources in New Delhi disclosed Saturday, Dec. 6, that ISI officers actively trained the terrorists on military lines and selected their targets, including two big hotels and the Jewish-Israeli center. 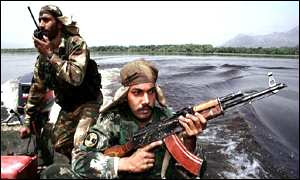 Indian sources told DEBKAfile that Israel was asked for assistance because its special undercover forces were long seasoned in plotting and executing reprisals for terrorist attacks; above all, they were expert in getting away after covert operations without leaving a trail. New Delhi wants its commando operations in Pakistan to be stealthy and focused, and does not propose to admit responsibility.

Well, that's what Pakistan gets for harboring those hateful, murderous Islamofascists and doing nothing to put a stop to them. And, it appears, training them as well.

Unfortunately, however, every country has sleeper Islamic terrorists within their borders. Not all terrorist attacks, therefore, will originate from other nations. And for countries like Canada, America and in Europe, this makes it a serious problem, in that there's so many obstacles to doing anything to detect and round-up these hateful, murder-intent Islamic terrorists. Just listen to the self-labelled "civil rights" activist organizations, the likes of the illegitimate CAIR, which hasn't yet been deemed an international terrorist-supporting organization, the hopelessly-in-denial, Hard-Left mainstream media, and even supposedly-"right-wing" political leaders who seem too reluctant to do what they must, apparently afraid of all the above entities who will effectively make it near impossible to do anything without being demonized 24 hours a day, 365 days a year... just for protecting the People from these murderous Islamofascists we know are here.

Posted by Canadian Sentinel at 1:24 PM