Soharwardy Subject of HR Complaint Himself 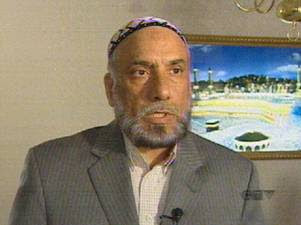 The radical Sharia-promoting hypocrite: Syed Soharwardy
Ezra Levant strikes back at his Islamist tormentor!
It turns out that Soharwardy is the subject of a human rights complaint himself for his treatment of women!
All emphasis mine...

As I've written before, there's an incongruity to rough men like Mohamed Elmasry and Syed Soharwardy filing human rights complaints. Elmasry has publicly declared that any adult Jew in Israel is a legitimate target for a terrorist attack. When he's not egging on violence, though, his delicate sensibilities can be hurt by Maclean's magazine. Hey, terror advocates have feelings, too! 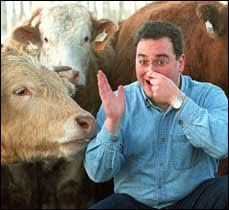 Above: Ezra Levant, reacting to the stench of Islamofascist hypocrisy

Syed Soharwardy, one of the complainants in my case, is a proponent of sharia law -- the legal system that governs Saudi Arabia, where rape victims get sentenced to the lash for their "immodesty". Soharwardy is made of stern stuff when he's telling Saudi -- and Canadian women -- their "proper" place. But he, too, has his soft side. In his case, our publication of some cartoons turned that stern task-master into a river of tears.

But that's how George Orwell said it would be; in his book 1984, he wrote of a war department called the Ministry of Peace, and a propaganda department called the Ministry of Truth. So why is it surprising that Alberta's "Human Rights Commission" actually tramples human rights like free speech, and that bigots like Elmasry and Soharwardy are not the subjects of its investigations, but rather the originators of them?
Well, in the case of Soharwardy, it appears that he himself is the subject of a human rights complaint -- for discrimination against women. There's a shocker. It was filed with the Edmonton and Ottawa offices of the Canadian Human Rights Commission. Some women in his mosque allege that: ................

READ ON FOR THE GORY DETAILS AGAINST THE HYPOCRITE!
Oh, and as for the other one, Mohammed Elmasry, the incitor-to-murder-Israelis-over-18, I believe a picture is warranted:

Posted by Canadian Sentinel at 3:25 PM