NOTICE: DUE TO THE GRAVE IMPORTANCE OF THIS CONTINUING STORY OF ONE MAN'S BATTLE AGAINST STATE FASCISM RIGHT HERE IN CANADA, THIS POST WILL REMAIN ON TOP INDEFINITELY. NEWER POSTS ARE POSTED BELOW THIS ONE.

FOR CONTINUING COVERAGE, INCLUDING EZRA'S POSTS, VIDEO COVERAGE OF HIS BATTLE AND VISITOR COMMENTARY, GO TO
http://ezralevant.com 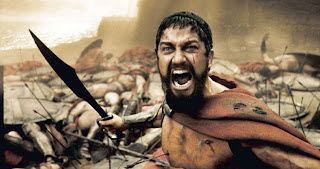 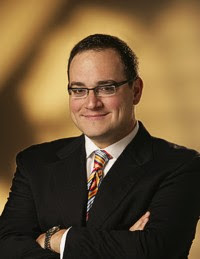 King Leonidas, top, would be proud of Ezra Levant.

Video below: Ezra's opening statement. Further videos are available at his blog.

The Leftist state apparatus (in the form of a so-called "human rights" commission) in Canada has finally picked the wrong man upon whose rights to stomp with its filthy, blood-caked jackboots.

Ezra Levant isn't submitting. He's ferociously fighting for his -and all Canadians'- rights and liberties. He's fighting for freedom of expression, for freedom of the press and more, for all of us. He stands resolutely against the forces of Left-wing oppression and tyranny.

Read my post at The Center For Vigilant Freedom.

Michael Savage, Mark Steyn, and now Ezra Levant. These North Americans join the ranks of the valorous freedom fighters of the world who have stood up to and/or are standing up to contemporary Left-wing fascism, particularly whereas Islamofascism is involved.

I have a strong gut instinct that, despite the mainstream media's cowardly near-ignorance of this critically important crossroads for Canada, this isn't going to go away. Not this time. Because Canada has already rounded the curve and there's no u-turn back.

Oh, really? Like the CAIR gets "defamed" with the truth? Wanna turn up the legal and public-spectacle heat? I hope you do, imammy dude! The more you do this, the more people will learn the truth about you, radical Islam worldwide and the Liberal fascist so-called "human rights" commission.

By the way, the hatemongering and frightening, threatening Islamic supremacism-imperialism of folks like Mr. Soharwardy will likely lead to harm against many people, particularly Jewish people.

And I note that Mr. Levant is Jewish, suggesting anti-Semitism on the part of anyone who'd issue a hateful, wrongful complaint against him with the objective of seeing him lose his rights.

I mean, this radical imam wants to establish the hateful, discriminatory, deadly, anti-Charter Sharia Law in Canada. Who the hell is he to speak? Such incredible hypocrisy!

If anyone ought to be jackbooted by the "human rights" commission and his rights taken away, it's the radically hateful imam who hypocritically hand-scratched the hateful complaint! I'd like to see that. Hey, if it's ok to take away Mr. Levant's rights, it's also ok to take away Mr. Sohawardy's!

Shit... rights being taken away all over the place... in Canada. I didn't make this up. It's happening right in front of us every damn day!

Of interest also will be this report on how some Islamists are getting away with hatemongering, including explicit, sickening instructions on how to behead a kaffir or anyone deemed by Islamofascists as deserving death. Oh, and this also concerns Canada, by the way, so how come those Islamists aren't being jackbooted by a "human rights" commission, too?

Is it ok for Muslims to hatemonger and incite to horrendous, murderous violence whereas kaffirs are forbidden to tell the truth about Islamic hatemongering? I mean... in Canada? Are we being forced into dhimmitude against our will?
Posted by Canadian Sentinel at 10:08 AM