Muslim Sought in Shooting Deaths of Daughters in America 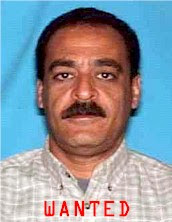 Haven't heard anything in the mainstream media lately on the case of the Muslim man who strangled his daughter to death in Canada , but now we hear of a new case south of the border...

The two teenage daughters of Yaser Abdel SAID, 50, of Lewisville, Texas were found shot dead in his taxi that was abandoned in a suburban Dallas parking lot. SAID is suspected of shooting daughters Sarah Yaser Said, 17, and Amina Yaser Said, 18, in his taxi Tuesday night and abandoning it in a parking lot, leaving them to die.

According to police reports, one of the girls called 911 from a cell phone at approximately 7:30 pm local time Tuesday night, saying that she had been shot. Police found the taxi with the bodies inside an hour later.

Posted by Canadian Sentinel at 6:07 AM