New Liberal Party of Canada leader Stephane Dion, above, awkwardly, giddily attempts to change his shirt. But can he change what's on the inside? He has sworn loyalty to France, a country of which he's still a citizen and has admitted to having been a member of the separatist Parti quebecois. Why is he so reluctant to renounce his foreign national allegiance? Does he really think Canadians are comfortable with a citizen of a foreign country who wants to be the Prime Minister of theirs? Is he that delusional?

The more I look, the more I dislike.

Ezra Levant tells us a bit more about the hitherto-unknown de-facto Frenchman in his latest column.

... admitted he was once a member of the separatist Parti Quebecois -- so the fact he held French citizenship while supporting a party that opposes Canadian citizenship indicates there is more here than someone who merely had some citizenship papers forgotten in some dusty, old shoebox.

Dion swore an oath of loyalty to France while supporting a party that was disloyal to Canada.

...Imagine if Stephen Harper had been an active member of the Western Canada Concept party -- one doubts the CBC would be so forgiving of that youthful indiscretion. It goes without saying they would be apoplectic if Harper was a dual U.S. citizen.

The parliamentary press gallery scrummed Dion on the subject last week, but he was curt and demanded reporters "move on."

Sorry, that doesn't cut it from the man who would be PM. Dion said he would never renounce his French citizenship. He was not about to lose face on his first week on the job.

I can see it now: Iran's Mahmoud Ahmadinejad having his picture taken in front of the CN Tower which his jihadists have just captured, thanks to the surrender-monkey Liberals of Canada submitting the country to the Islamofascists... just like France surrendered to the Nazis of Hitler... and just as Hitler had his pic taken in front of the newly-captured Eiffel Tower...


Oooh... what have the Liberal delegates done? Did they know who they were picking to lead their corrupt, ultra-hardcore leftwing criminal organization into the next election campaign? Someone so tainted? Someone so stinky?

Dion seems to have had a sore spot poked with a sharp object. Telling the PPG to "move on". And Mr. Harper gets criticized for being in control of who gets to ask questions in what order when speaking to the PPG? Why does the Liberal Dion get away with being so curt and evasive whereas Mr. Harper is subject to a silly, petulant little intifada by these silly, petulant little infants of the PPG, just for simply changing the rules of protocol for asking questions of the Prime Minister? Double standard! The MSM/PPG is a Liberal Party ass-kisser!

So far, it is unclear whether Mr. Dion has actually renounced his foreign allegiance or not. Remember, the guy said only "If... then...".

Starting to look like a dud, ain't he? Yep... a dud. Leading the Liberal Party, too. A thoroughly-disgraced, corruption-intensive organization under some three dozen simultaneous, continuing criminal investigations into their conduct while in office.

Canadians would be stupid and insane to vote Liberal in the next election. But, hey, the moonbats are stupid and insane, so look for the Liberals and Dion to focus their energies on getting as many of the moonbat votes as they can by being as leftist as possible, like they were in the last election and even earlier.

Returning the Liberal Party to power in the next election would be devastating for Canada and Canadians in more ways than most can foresee. That's right; I am warning Canadians to not vote Liberal. I'm very serious. They're the same people as before. Led by one who was there through all the crime, corruption, greed, lying, arrogance and brobdingnagianly cavalier arrogance and appalling culture of entitlement!

New Liberal leader Stephane Dion.
Former separatist party member.
Loyal citizen of a foreign nation.
Wanting to be Prime Minister of our nation.
In Canada.
I did not make this up.
Choose your Canada. 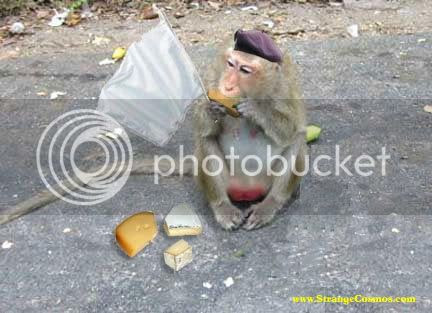 Posted by Canadian Sentinel at 9:31 PM