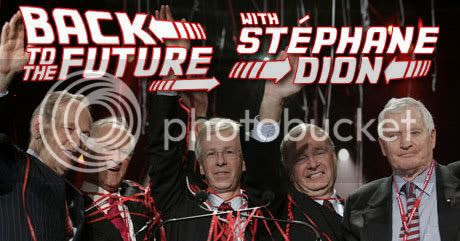 Well, lest we forget (how could we forget, with all the criminal investigations continuously surrounding the Liberal era?), we now have more arrests for criminal activity surrounding the HRDC billion-dollar boondoggle from that era.

The arrests announced by the Peel Region police fraud squad yesterday bring to 27 the number of people charged in the three-year investigation. Several of those charged have been convicted or pleaded guilty.

Police allege that HRDC was defrauded of more than $3 million between 1999 and 2004 using false invoices, overbilling and bribes to obtain approval for projects.

One of the six arrested is a longtime Liberal activist. Read the whole thing.


Sound familiar? It should. It sounds like the infamous ADSCAM!

We see a pattern emerging.

This by itself may not sound like much with which to beat on the current Liberal leader , but there's more... much more yet to come.

And just wait 'till the Auditor General, with her new powers of investigation to look into places she previously couldn't, does her job. What really happened to the billions of dollars that went into the secretive, mysterious Liberal "foundations"? We don't know yet. But we will. Just make sure the Liberals don't get back in to shred documents, cover tracks, "talk to" people, etc., to cover their asses.

With such dark clouds over the Liberals, including their new leader, who was there through it all, how can Canadians take the risk of putting these mobsters back into power before we know whether they're crooked as hell or not? Too much doubt. So don't vote Liberal... at least until all investigations have been concluded. Who knows? By then, perhaps even fewer Canadians will want to vote Liberal, depending on what the investigations discover!

Every time we learn of criminality, corruption, gross incompetence, stupid boondoggles and so on, we're reminded of how inept the Liberals really were as a government. All kinds of things went wrong that never had to go wrong.

Am I being nasty? Perhaps.

But we know very well precisely how nasty the Liberals really are!

You know, the Liberal Party of Canada is such an extinct dinosaur! See?

Posted by Canadian Sentinel at 6:47 PM