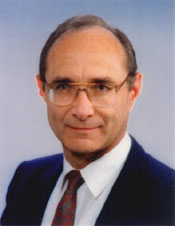 He believes the world needs to wake up to the threat from Iran, and compared Iranian President Mahmoud Ahmadinejad to Adolf Hitler in 1938.

"In 1938, the world faced a gathering storm, when there was fanatic enemy who publicly said he was going to destroy you, and the world did nothing."

Today, Iran is presenting a similar dilemma to the world with its nuclear weapons program, Landau believes. "Iran is Germany, and Ahmadinejad is Hitler,"

Churchill was right. Landau is right, too.

Still, the world refuses to learn the lessons of history. Therefore, it is doomed to repeat it.

The world has been warned. Again.

Posted by Canadian Sentinel at 4:22 PM