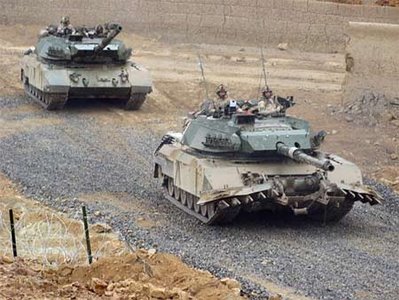 Canadian Leopard tanks rolling through Afghanistan. h/t: the CTV article at the link 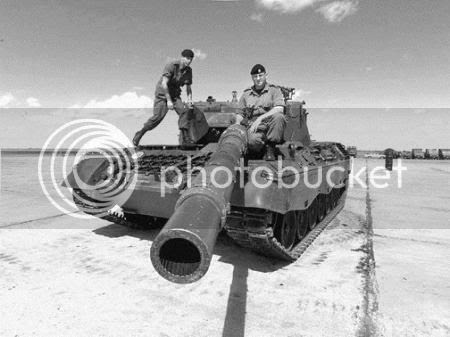 Two Canadian soldiers atop a Leopard tank
Canada is continuing to pull her weight in the war against Islamic Jihad, shaming much of the rest of the world, including nations with far bigger militaries.

The throaty roar of engines announcing the approach of the squadron of Canadian Leopard tanks could be heard from kilometres away as they emerged from the mist and rain Saturday to back up ground troops in the war-torn Panjwaii district.
The 42-tonne monsters left Kandahar Airfield under the cover of darkness early Saturday morning in the first combat deployment of Canadian tanks since the Korean War.
(...)
Residents of Panjwaii, hearing the rumble of the metal tracks biting into the concrete, rushed from their homes to watch the biggest display of firepower since their war with the Soviets in the late 1970s and early 1980s.
(...)
"Merry Christmas to the Taliban,'' said one soldier.

Let there be no doubt that Canada is back! Canada is rolling! Canada kicks ass!
Posted by Canadian Sentinel at 2:38 PM