Hockey Player Sacked for Not Signing Flag for Troops 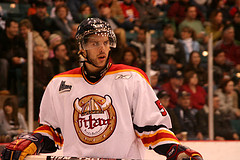 Dave Bouchard, pictured above and below 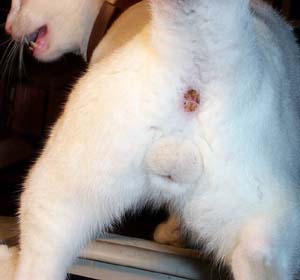 Do forgive the vulgar pictures above, but they say it all...

A junior hockey player has been ousted from the Saint John Sea Dogs after he did not sign a Canadian flag that the team was ending to troops in Afghanistan.

What a poopheaded moonbat fool! What a cat's hiney!

Dave Bouchard — a 20-year-old from Jonquière, Que., who played left wing on the Quebec Major Junior team — said he thought someone else had already signed his name.

Thought somebody else already signed his name for him? Yeah, suuuure! And he's foolin' around with Paris and Britney, too! Suuuure!

And the dog really did eat my homework, teacher!

The coach took the right stand. The coach will not have anyone on the team who refuses to support our troops.

Hats off to the coach, Mr. Jacques Beaulieu!

Someone defends the asshat hockey player, saying it's ok to say that "war is wrong". But war is not "wrong". War is necessary. Otherwise, we'd all be Aryan or Japanese. Or Russian. Imagine what the world would've been like today if we just let Hitler and Hirohito take over the world and do whatever they had planned for it and its population. Or imagine if we had refrained from building our defensive capabilities, including our nuclear striking power, in the face of the Soviet menace during the Cold War.

Imagine what the world will be like if we submit to the likes of Osama bin Laden, Ismail Haniyeh and Mahmoud Ahmadinejad today. Or to the Chinese/North Koreans.

The leftists/appeaseniks are so stupid!

Posted by Canadian Sentinel at 6:23 AM