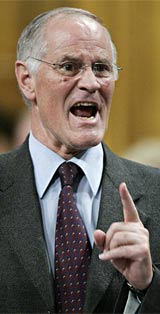 Liberal propagandist Bill Graham, above and below. See any difference? Me either. 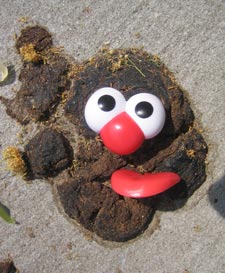 Now what's this guy's problem? Calling people Nazis?! Isn't that what super-ultra-radical leftwing extremists like the always-lying, corrupt, criminal "Liberals" do when they know they're cornered and have no defence other than to tell the most ludicrous lies of all?

He said the government were Nazis just because they were pointing out the cavalier ineptitude, corruption and criminality of the Liberal Party.

When the terrible truth is told about an asshat, the asshat will pull out the 'Nazi' weapon.

And it doesn't work. Idiot. Poophead. Does he expect anyone other than moonbat freakazoids to believe his comparison? He shouldn't, as it's just too bloody bizarre.

Telling the truth isn't propaganda. Calling someone a 'Nazi' is. And don't forget: the Islamofascists call the good guys in the Free World 'Nazis'. Leftists call America 'Nazi'. Leftists call Israel 'Nazi'. Now we have this imbecile, Bill Graham, calling Canada's government 'Nazi'. He's now way down there with the Islamofascists and brainless moonbat anarchists! Maybe because he's one... except he wears a suit!

His picture belongs on zombietime.com!

Once again, the Liebrano$$$ have effectively conceded defeat. Too bad it's in the manner of a poor loser!

They stole the Canadian peoples' money.

Slandering their political opponents as 'Nazi propagandists' for pointing out the truth about the Liberal Party of Canada won't change this fact, or any other fact!

Posted by Canadian Sentinel at 5:20 AM