Obama In Bed With Big Oil 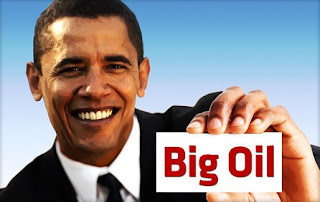 And Americans get the shaft.

Sarah Palin asks the inconvenient, annoying questions the Big Corporate Media (with whom Obama's also in bed, with Americans getting the shaft as a result) refuses to ask, even though they'd certainly ask wrt Bush and Palin and anyone who's not a "progressive" "liberal-democrat" leftist.

"I don't know why the question isn't asked by the mainstream media and by others if there's any connection with the contributions made to president Obama and his administration and the support by the oil companies to the administration," she told Fox News Sunday.

More than 3.5 million dollars has been given to candidates by BP over the last 20 years, with the largest single donation, 77,051 dollars, going to Obama, according to the Center for Responsive Politics.

Palin suggested this close relationship explained why Obama was, "taking so doggone long to get in there, to dive in there, and grasp the complexity and the potential tragedy that we are seeing here in the Gulf of Mexico."

Not only has this "man-made disaster" (what Obama calls Islamic terrorism, quite ludicrously and euphemistically) proven that the government is unable to "solve" this problem, it's also proven that even hardcore left-wing extremists like Obama can be in bed with the same players with whom Republicans have been accused of being in bed with.

Yet somehow, for those lazy-minded swing voters who depend exclusively on Big Corporate Media headlines and soundbites for their informaton about "what's going on out there", Obama wrongly comes out of it all smelling like a rose rather than like a dog's fart.  The media will just tell us what Obama wants us to hear, ie. whatever Obama himself says.  And, of course, Obama will say that he and his regime are "doing a great job" and that "it's BP's fault".

Of course, even though the Obamacrat Reich will blame BP for the disaster, they still won't really punish 'em too hard... just a little for optics so that they can fool the critically-important, lazy-minded, guillible swing voters.

Yup.  Obama's giving America one helluva lube job.  And doing it all wrong. 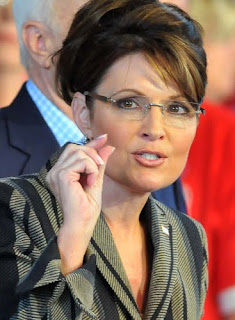 Palin describes the size of the part of Obama's brain responsible for ethics and conscience
Posted by Canadian Sentinel at 5:50 AM

I wrote about this on May 6th. You are absolutely correct. But, of course, the US DEM/MSM won't write about it. I'm guessing this isn't much known in Canada either, is it?

In Canada, we don't have anything like our own FOX News, which is a little hard to get up here, possible but hard. We don't yet have any Canadian version of FOX News, WND, Breitbart, Newsmax, CNSNews, etc... so you can imagine how ignorant Canadians are of the nasty stuff about the Obamacrats...