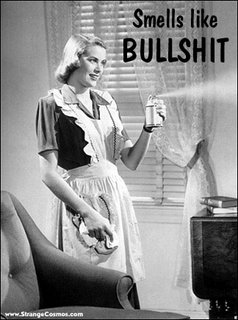 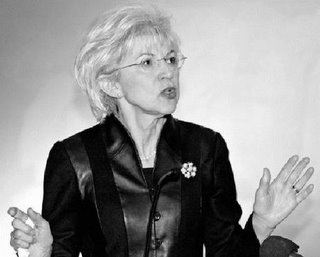 Supreme Court of Canada Chief Justice Beverly McLachlin defends the current practice of judicial dictatorship (oops, I mean "activism", to be inoffensive to hypersensitive leftists) in Canada. Read it for yourself here. I read what she had to say and couldn't believe the supremely arrogant nerve of the Chief Justice (or should I say "Chief Supreme Overlord and Sole Determinor of Everything"?)

Oh, man. If only I had that kind of absolute power. Imagine the changes I could make to the social fabric and norms and mores of the country. No one, not Parliament, not the people, not even a Liberal prime minister, could ever stop me. I would effect the changes which I personally, dogmatically believe to be in the best interests of everyone. If I was evil I could discriminate against whomever I wished using whatever legal sophistry I could think of and no one would argue against it for fear of being branded an extremist for refusing to brainlessly accept anything and everything declared by me, a far-left partisan political whore in a bad Santa Claus suit.

Incredible. Judge McLachlin declares it's her prerogative to ignore even the Charter of Rights and Freedoms and the democratically expressed will of Parliament and the people. Incredible and frightening. Just imagine what would happen if she were to suddenly go mad and decide to make evil rulings. How would she be stopped?
The left claims that having elected judges would "politicize" the judiciary. Redundant argument, I say, as, after all, the judiciary is already completely politicized: all judges are appointed by political leaders on the basis of political loyalty and social activist dogmatic convictions. That's the cause of the continuing and worsening rash of bizarre, unconstitutional, irrational rulings made by courts all over the land. When will Canadians see what's right before them and ignore what the MSM tells them the government and the left say about it being correct?
We have, in Canada, a dictatorship by judiciary.
Posted by Canadian Sentinel at 11:14 PM