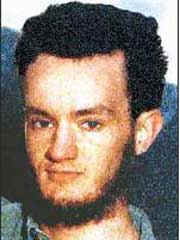 Continuing coverage of the story...
From the Northeast Intelligence Network:
The search warrant for the late Joel Henry Hinrichs III, who accidentally blew himself up in an apparent failed terror attack outside of a football stadium in Normal, Oklahoma, October 1, 2005, has been unsealed. Read the NIN article for yourself.
From the article:

Documents state that the FBI also discovered "explosive experiments and paraphernalia," including 0.4 pounds of a white powder that turned out to be triacetone triperoxide, or TATP, which is composed of hydrogen peroxide and acetone. The Northeast Intelligence Network was first to report the finding of TATP on the night of the bombing. HINRICHS died October 1 when an explosive device went off about 100 yards from Gaylord Family/Oklahoma Memorial Stadium where 84, 000 people were watching a football game that evening Federal agents also found mixing bowls, a slow cooker, a thermometer, plastic containers, a hobby fuse, a circuit board, six tape rolls, chemicals used to make TATP as well as the TATP in the apartment.

Authorities also reportedly found a profane, single line “suicide note” typed on his computer. According to published reports, HINRICH;S laptop computer was still on and screen notes al legedly written by HINRICHS to himself were visible; at the cursor was a phrase that began with profanity and continued "[Expletive deleted] ... all this. None of
you are worth living with. You can all kiss my [Expletive deleted]."

Mysterious, for sure. What is "all this"? Who are the people to whom the deceased referred as "you"?
Could Mr. Hinrichs have been involved with Islamic terrorists and then realized that they were all nuts and were using him? Or what? Fascinating. Was his death accidental or deliberate? Was it a suicide bombing that failed and only took the bomber's life or what? Who goes to all that elaborate trouble just to end one's life? My own belief is that it was indeed a "suicide bombing" attempt and explosives went off prematurely, fortunately for the over 80,000 football fans nearby.
Hopefully these and other questions will be answered in the future via further investigation and evidence. This is one fascinating, puzzling mystery, for sure.
For the whole story on the OU bombing, see here.
Posted by Canadian Sentinel at 10:53 PM