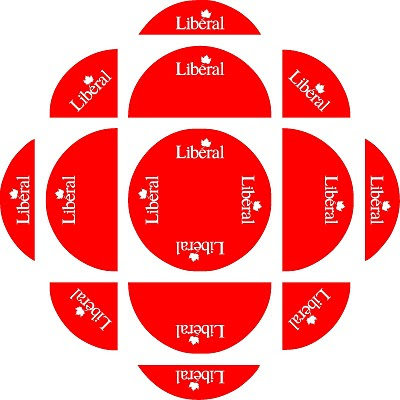 Details of what was consumed are not provided in the documents, but an online version of the restaurant's menu shows entrees normally cost less than $20, meaning the pair likely dined on more than just food.

Lafrance also charged taxpayers $21 for cab fare to and from the meeting. 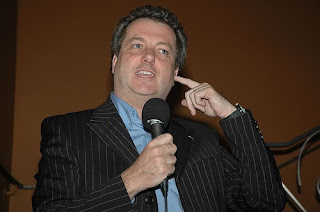 Sylvain Lafrance, above, and Francis Fox, below:
The Liberal Culture of Entitlement lives on...
On our dime. 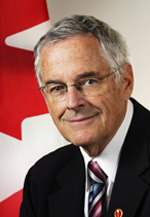 THIS is an example of what happens to the $billion-plus we get confiscated from our pockets for the CBC.

This is unethical, immoral.

It definitely points to BIAS.

LIBERAL BIAS AT THE CBC.

Not that this is news to the keen-minded followers of what's going on!

Liberals and the CBC.
Wining and dining.
In restaurants.
On our dime.
In Canada.
I didn't make this up.
I'm not allowed to.
Choose your Canada.
Mine does not include the CBC.
Posted by Canadian Sentinel at 1:56 AM

Keep at it CBC has made it very clear that they are going to produce any document of expenditure to very same public who pay into CBC.

CBC= COMMUNISTS BROADCASTING COMMUNISM.
A station that works against the public and canada.

No experienced reporters who respects journalism and himself as one is not allow to work at CBC. ONLY strays who have no desire; no respect of any kind for Canada, Canadians and Troops are allowed to work at CBC.

That's why I watch Glenn Beck, this guy rips the msm apart for the lousey work they do. Can you imagine him ripping our good for nothing media apart? Man, that would be something to see. Nevertheless, he credits some reporters who do an astounding job which he did yesterday on his show.

Jean Chretien, Bob Rae have already proven to the world that they have no respect for the sitting government, country or her citizens.
Rae Chretien made a complete jackass of themselves on foreign soil.