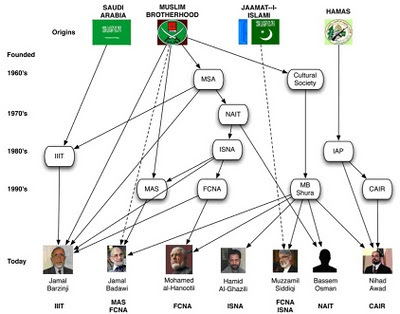 
"Moslem Brother" as in Muslim Brotherhood, the root, the umbrella, the common thread of all Islamic Supremacism, Islamization and terrorism in the world... 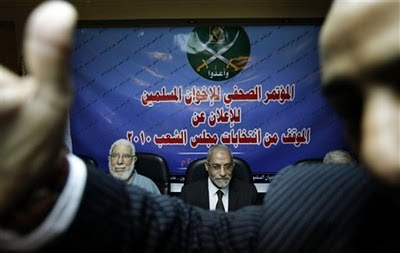 Imagine them taking over the Middle East. Think parallel with Hitler's takeover of much of Europe in insane quest for world domination by insane delusion "master race"... And you... got the gist. 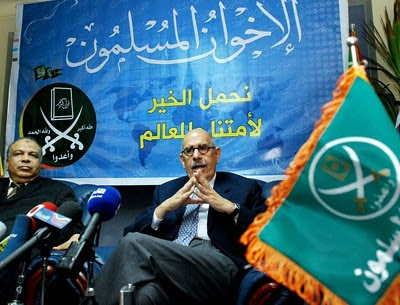 Chosen Brotherhood STOOGE:  Mohammed al-Baradei
Whom Barack Hussein Obama, born a Muslim, wants to take over in Egypt
Of course... the Muslim Brotherhood goes way back... AND, IN FACT, was right there with Hitler's Nazis, sending Muslims to be Nazis, to aid and abet in the Holocaust planning and execution and to serve as SS and footsoldiers... 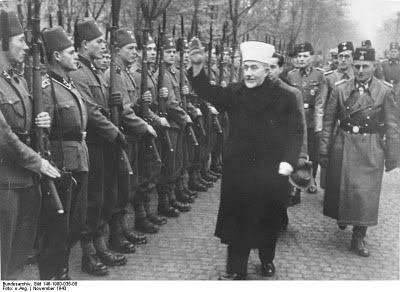 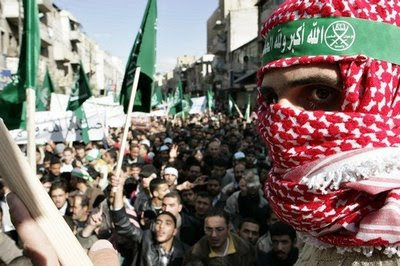 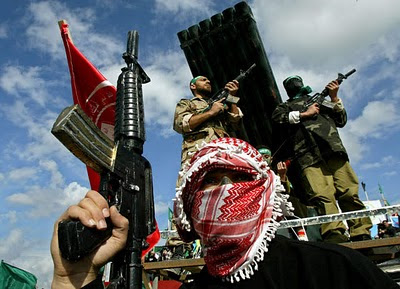 It's true. Do your research if you're incredulous! You will NOT be "told" by those who should be telling you but are either professionally forbidden to, or themselves don't know, or simply won't tell you because they don't want you to know what they know... 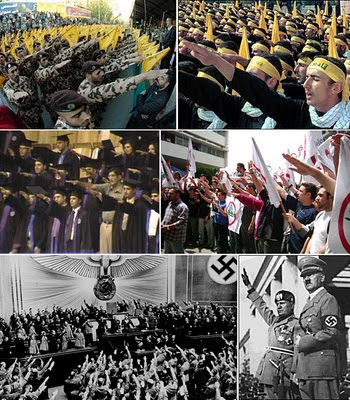 It's up to everyone to discover the truth for themselves and demand action from their "leaders" to deal PROPERLY with the Muslim Brotherhood threat, which is actually INTERNATIONAL. 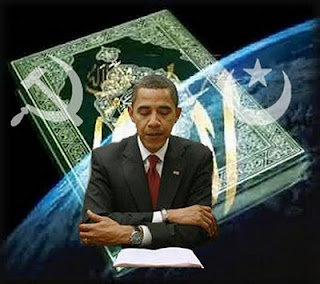 To understand why Obama is so dangerous to the world, one must understand the reality of the Muslim Brotherhood, which is essentially a Muslim Nazi Party, and understand that Obama is facilitating their insanely evil agenda for world domination. 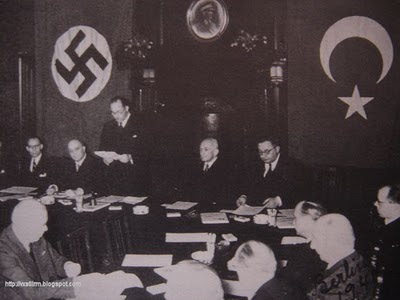 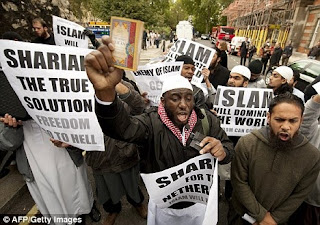 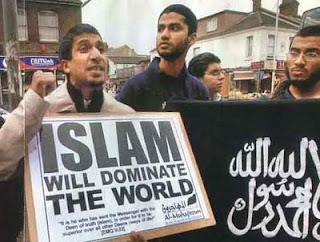 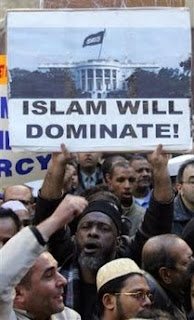 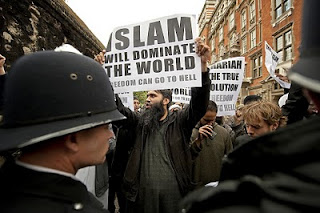 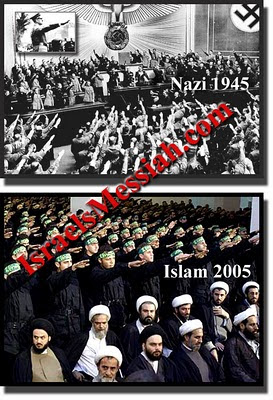 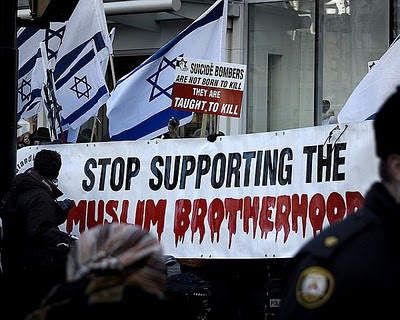 Yes, it's the truth, and the truth is Google-able!
Posted by Canadian Sentinel at 3:55 AM


Lately, Obama is confirming his 'christian faith to the public; whether it is to get their votes for other reasons is simmering slowly.

When some one in an interview ask about your faith and you say what Obama said "I am a muslim" when you are suppose to be a 'Christian' to later be corrected by the host of the show, something smell bad.

Of course, only the guillible believe al-Bamma's sudden false conversion.

After all, a man's actions speak louder than his claims.

And we have NOT forgotten the anti-Christ actions of Barack Hussein Barry Soetoro Obama.

He is NOT a "Christian", that's for sure.

How DARE he so cavalierly, opportunistically, claim to be?